THIS IS THE STORY ABOUT JANET

That time I got a death threat

Today I will tell you about Janet. Janet is not her real name but her story certainly is.
I have been wanting to share this story for a long time and now I finally can.

Did I tell you about the time I received a death threat because of my coaching?
Story time!

A few years ago I had this woman on a coaching program. Let’s call her Janet.
Janet came to me to talk about how she was afraid that she was burning herself out. She was a workaholic, high achiever, the whole package, but her job, which she absolutely loved, was now giving her grief and she didn’t understand why.

Before I continue my story I want to say that I am sharing Janets story with her permission. She is now in a totally different place in her life so she let me share this in hope that it can inspire someone.
Back to the story:

Janet and I met on a coaching consultation, I always have a consultation session before I decide to work with a client because I want to meet you first to make sure that we are a good fit, I don’t work on any ”life coaching”. During our consultation she told me about her problem and the stress that is now starting to turn into anxiety and that everyday at work she’s starting to have symptoms that resemble those of a panic attack. This was embarrassing to her at the time and she was worried it would affect her children too.
Fast forward, we started working together and the second session I brought up some patterns I noticed while we were working on powerful questions and exercises. She was simply blocking out some parts of her patterns, emotions and habits. Now this is where it gets really curious. Her stress had nothing to do with her work. She didn’t know that at this point but it was very obvious and the anxiety she experienced was the result of her trying to block out information she didn’t want to see.
So what in the world was going on?

We dug into the problem as she started to pull back the curtain she had placed in front of her. She realized that her anxiety attacks always occurred around the same time every day and she’d been connecting the stress to her boss and her work but it was all a projection. Why did she project that on her boss? Because it was easier to handle a stressful work situation than a stressful personal situation. At work she new what she needed to do and it was somehow manageable but the situation she really faced was not. And when we don’t want to see certain things our minds work very hard to protect us from it. This is a trauma response. She started to see her habits and they told her the real, scary story.
Her actual problem was...tadaaaa her spouse.

Subconsciously the toxic relationship was starting to take its toll on her but she didn't see this yet so she wasn't aware that he treated her badly. Yes, this can happen. If you've ever been close to a narcissist before, you know how they can make you feel like you are the most special person in the world to then totally wear you down and you don't even know why you are slowly fading away. This is what what happening to her. From a confident woman to slowly starting to question her own every move.

As family was her biggest priority and has been a life long dream to have a big family, she didn't want to see that her dream was actually just a house of cards and it was going down. She protected it with everything, even not seeing how badly she was treated by her husband. She was always afraid to be a single mother and wanted that perfect family. So simple way for her mind to keep her dream was to shift the problems to somewhere else - her work.

This is when she heard the sound of glass shattering in her head as she was seeing the reality piece by piece. And it all dawned on her, all the signs she's been ignoring for years. We worked on seeing herself and her relationship from an outside view and she saw herself acting stupid every time he was cheating, treating her badly, talking badly about her to the children and isolating her from her family bit by bit.

We worked on her self-esteem, made a plan for the life she wanted to have and then one day she started the session with ”I filed for divorce!” happy and so nervous she was shaking. She was so proud of herself and told me that ever since she started seeing everything that she tried to avoid for so long she’s reconnected with her family and gotten a much better relationship with her friends. She now had the full support from her family, who of course hated this man.

So not long after this my phone called. Yes, you guessed it. It was him.

He was very nice, trying to small talk, wondering how my day has been. The full ”manipulation toolbox”. He then asked me about his wife coming to these sessions and what we talked about. I told him that who I coach and what they say it’s of course confidential and I have never nor will I ever talk about that with anyone. He laughed a little nervously, trying to convince me that she was unstable and he was worried about the children. I said that he’s more than welcome for a session to talk about his own worries and problems. That’s when he realized he would never be able to manipulate me and turned off the fake persona. Then came the words: ”I will kill you if you break up my family”.
I told him that I have no idea what he was talking about and again, he’s free to book a session. He then tried the nice guy again and when that didn’t work, he hung up the phone.
I told her about this phone call and she said that she had already left and was staying with her family. He was never a dangerous or violent person, just manipulative.

So, when you stay in your power or take your power back, people will come and go. What’s really important is being aware of who you are, what you’re telling people about yourself both verbally and non-verbally. Knowing yourself is the best medicine.

Don’t miss the premiere of my new course Habit Hacking: The scientific way to master your habits

This is the most important course you will ever take. 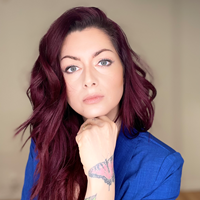 Tomorrow we bring the light

Stop taking scraps from their table and stop being grateful for scraps they throw your way. Their worst nightmares are about to be materialized, which is people waking up, knowing their worth.


Show more
We use cookies to improve your experience and show you relevant advertising.
Learn more